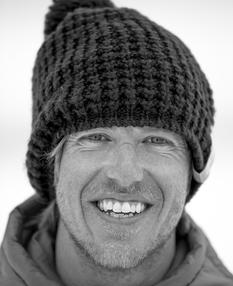 Tyler Peterson in his element 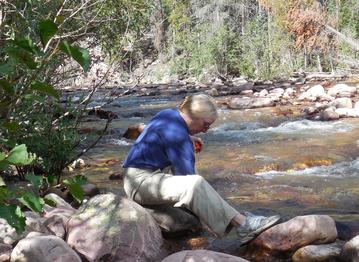 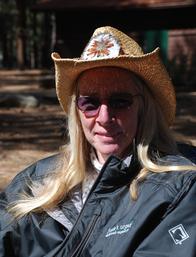 ​Barbara backpacking in the Uinta Mountains 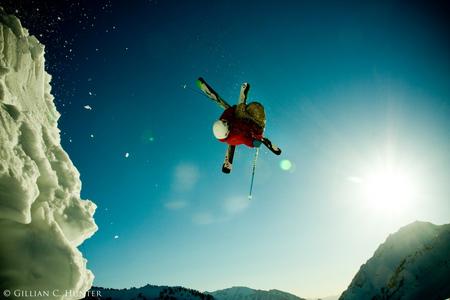 Barbara Jones is a classically trained pianist.  She studied piano as a child and exercises her craft on the 110-year-old Ivers and Pond upright piano at her home in Sandy. ​She spent much of her adult life living in the woods in Fairbanks and Anchorage, Alaska before moving to Utah in 1985.  She has three grown sons, who all are musicians and outstanding skiers and a husband (Brian) who is obsessed with both.  She has skied at Alta for over thirty years.  This is Barbara's first foray into the realm of professional popular music.

Max and Brian are lifelong musicians.  Both are classically trained, Max on the violin and Brian as a vocalist.  Brian sang with the Stanford University Choir and the San Francisco Symphony for two seasons.  Brian has performed numerous leading rolls in light operas and musical comedies.  He has recorded eight cds, mostly of original music.  Max has played five seasons with the Utah Philharmonic Orchestra and 8 seasons with the Utah Youth Symphony.

Brian has a Bachelor of Science degree in geology from Stanford University and an M. S. in geology from the University of Alaska.  A past president and Board Member of the Alta Historical Society he gives frequent slide shows at Alta on geology and history.  He also draws the Alta Rocks cartoon strip.

Max started playing the violin and skiing at the age of 3.  He played with the Utah Youth Symphony from the 5th grade to his senior year in high school, where he performed as an All-Star with the Utah Symphony for their 2011 All-Star Evening.  At 14, Max began teaching himself guitar, mandolin and bass.  He graduated from Judge Memorial Catholic High School in 2011 with Baccalaureate Awards in Music Performance and Music Theory.  In 2013 he formed his own band and gave two acclaimed performances of Dark Side of the Moon and The Wall by Pink Floyd.  Max is a senior at the University of Utah in Operations and Music and will graduate in 2017.

Together they have over 70 years of musical experience, but in different eras:  Max is 23; Brian is 65.  It is a unique and remarkable collaboration.  But there was still something missing.  The band needed Ringo and they found Tyler Peterson to round out the sound on the drums and Barbara Jones to create a wall of sound on the keyboard.  This is the performing band Horsefeathers that you will see at local events and concerts beginning in 2016

Tyler Peterson is a professional skier.  His long list of sponsors includes Alta Ski Lifts Company. He began skiing at Alta at the age of three.  Photos of Tyler frequently appear in skiing magazines and he was on the cover of Powder Magazine in 2011. He describes his skiing style as the "fusion" of freestyle, big mountain, racing and moguls.  He competed in the FIS World Championships in 2005 and the Dew Tour from 2007-2010.  He has been the drummer for The Brown Dog Band since 2010. He's proud to be part of The Alta Way's "unique musical tribute to Alta" and we're proud to have him.  His distinctive, creative, percussion style makes many of the songs on the cd come alive. 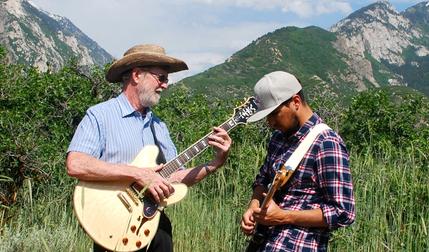